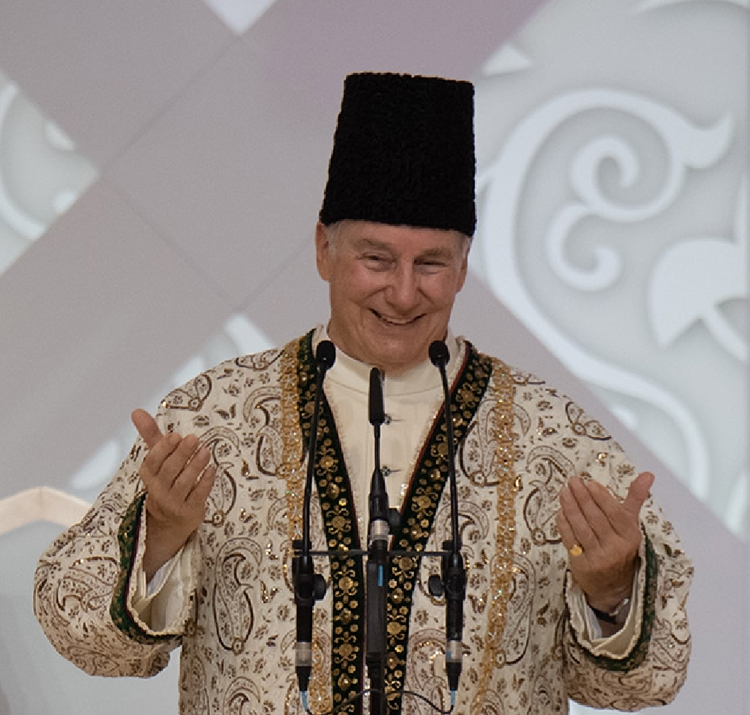 (His Highness the Aga Khan IV)

The global Ismaili community is part of the Shia branch of Islam, the religion of Divine nature (fiṭratu’llāh, Sūrah 30:30). Only in the last few decades has the study of this branch of Islam emerged from the biased and sometimes vitriolic information that has been propagated by its opponents. In this context it is appropriate to have a concise introduction to its beliefs and history.

The holy Qur’ān is the common Book to which all Muslims look for their fundamental beliefs. It states clearly in Sūrah 5, ayat 15 that: “Indeed from Allāh has come to you a Light and a manifest Book.” Further, it is very emphatic in two places (9:32; 61:8) that this Light cannot be blown out by the disbelievers in fact, it is described as “Light upon light” in Sūrah 24, ayat 35. Parallel to this theme it speaks about the continuity of Divine guidance from Prophet Adam to Prophet Muḥammad, the Seal of Prophets (3:33-34). Thus, the Ismailis throughout their sometimes turbulent history have adhered to this fundamental belief of the continuity of Divine guidance in the form of the manifest Book and the ever present Divine Light, who gives the ta’wīl and wisdom of the Book (Sūrah 2:129, 151). In current times this office of Imamate is held by the 49th Imam in direct descent from the Prophet Muḥammad, who is recognised by them as Nūr Mawlānā Shāh Karīm al-Ḥusaynī Hāẓir Imām, known generally as His Highness the Aga Khan IV.

Prophet Muḥammad, Allāh’s final Prophet brought a Book of tanzīl (ẓāhir or exoteric) and he appointed and designated his cousin and son-in-law Mawlānā cAlī to continue the ta’wīl (bāṭin or esoteric) of the Divine Scripture, because he said that there was a bāṭin for every ẓāhir of the Qur’ān, in fact seven bāṭins and in another version of the ḥadīth, seventy bāṭins. In the context of this nature of the Qur’ān, the holy Prophet pronounced: “I am the master of the tanzīl [of the Qur’ān] and cAlī is the master of [its] ta’wīl.” In a unanimously accepted ḥadīth, the Prophet further said: “Amongst you is the one who will fight you for the ta’wīl of the Qur’ān as I fought you for the sake of its tanzīl.”[1] The Qur’ānic verses (3:7; 7:52-53) shed light on the fact that nobody knows the ta’wīl of the Qur’ān except Allāh and the rāsikhun fi’l-cilm,[2] and that it continues to unveil gradually according to the exigencies of time and space. Further in Ismaili belief the climax will be reached in the cycle of Resurrection when the ta’wīl will unveil completely through the Imam who will act as the Qā’im or the Resurrector.

As mentioned above Islam being the religion of nature (dīn-i fiṭrah), its teachings have to be dynamic to deal with the demands of time and space, as the Prophet Muḥammad says: “You are certainly in a time in which those among you who abandon one-tenth of what is ordered (to do) will perish; then there will come a time when those among them who will observe one-tenth of what is ordered will be saved.”[3] The Qur’ān therefore unambiguously states the paramount importance of obeying Allāh, the Prophet and the ulu’l-amr (Sūrah 4:59; 21:73), ensuring that in every time the community should have access to its authoritative interpretation.

The Ismaili dacwat (inviting to the true faith) spans more than thirteen centuries, during which the essence of the Qur’ān was expressed in diverse languages and different modes, creating a rich heritage of literature. Under the guidance of the Divinely designated hereditary Ismaili Imams, the dacwat was openly active when political and social circumstances were favourable and at other times secretly active when persecution and fanatical hostility held sway. Its main purpose was to bring people into the fold of the Ismaili ṭarīqah, through recognising the Imam of the time in the light of the holy Qur’ān. Thus it was highly sensitive to the cultural and intellectual contexts in which it took place and the dācīs used the prevalent intellectual and cultural tools, such as philosophies, Sufism and mythologies to convert to the Ismaili ṭarīqah. In the Fatimid and Alamut periods of Ismaili history, a substantial corpus of literature was produced by scholars, a large part of which is extant despite the efforts of its opponents to destroy it by burning Ismaili libraries several times. The centuries after the fall of Alamut enforced precautionary secrecy on the community, which was not conducive to literary creativity. However some examples of poetry in Persian and a few small treatises and epistles survive from this period. The dacwat in the Indian sub-continent created a substantial quantity of devotional poetry, known as Ginans, with very few examples of prose.

The prose and poetry on this website is a new flowering of intellectual creativity after a long span of quietude in the literary field, referred to as qaḥṭ-i cilmī or the famine of knowledge by the great Ismaili ḥujjat, Ḥakīm Pīr Nāṣir-i Khusraw. cAllāmah Naṣīr al-Dīn Naṣīr Hunzai has written prolifically on the esoteric meanings of the Qur’ān, mostly in Urdu, many of which have been translated into English and other languages. His spiritual poetry is written in Burushaski, his mother tongue, as well as in Persian, Chinese Turkish and Urdu.

This website focuses on the above contemporary Ismaili literature, which is based on the ta’wīl of the Qur’ān, for the following reasons: firstly, because in the Ismaili esoteric or bāṭinī interpretation of the verses of creation, the present age is the seventh cycle of the week of religion, that is, it is the time of qiyāmat or spirituality, in which the complete unveiling of the ta’wīl of the Qur’ān is predominant. Secondly, there are already several websites that focus on other aspects of Ismaili literature, such as that of the Fatimid era or the post-Alamut time or the time of spreading the faith in the Indian sub-continent, links to some of which are provided in the website for ease of reference.
https://iis.ac.uk/         http://ginans.usask.ca/